In a  recent bulletin from Tricare it was announced that they would no longer be using the federal fiscal year and they are switching to a calendar year.   What this will mean is that instead of having to meet a deductible in October they will begin applying that deductible in January instead.  So for this year 2017,  if they had met that deductible early on they will not have to meet it again.  See the article below.

Extension of 2017 Fiscal Year TRICARE currently calculates beneficiaries’ enrollment fees, deductibles and catastrophic cap limits based on a fiscal year, which runs Oct. 1–Sept. 30. Under the new TRICARE contract which will start Jan. 1, 2018, TRICARE is shifting to a calendar year (Jan. 1–Dec. 31). Because of this shift, in 2017, your TRICARE patients’ deductibles and catastrophic caps will include October through December 2017 out-of-pocket costs.
In addition, Tricare is also changing to a new intermediary to manage their network for what was called the South and the North.  They are now referring to it as the East and the West.  New boundary lines are drawn and the North and South are all part of the same territory.    That network manager is Humana Military.  You have probably received information from them in the last 6 months but if you have not all existing contracts will be transferred but if you are new to Tricare you will have to submit the necessary paperwork to Humana Military to become an in network provider with Tricare.   This all goes into effect 01/01/2018. 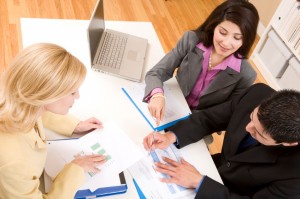